Alban Dunisha is a dedicated New York employment attorney at L & D LAW P.C. He is committed to workers’ rights and fighting for workers in areas such as employment discrimination and sexual harassment. He is fluent in English, Italian, and Albanian and is conversational in Spanish.

Mr. Dunisha obtained the equivalent of a Juris Doctorate as well as a Master of Science in International Law from University of New York Tirana in Albania in 2014. He also received a Masters of Laws in Alternative Dispute Resolution from Benjamin N. Cardozo School of Law in New York in 2016. Furthermore, in 2016, Mr. Dunisha interned for Community Services Society of New York where he assisted attorneys fight discriminatory behavior from insurance companies segregating birth defects from defects acquired through life. Furthermore, in 2016, Mr. Dunisha interned with the Equal Employment Opportunity Commission (EEOC), which interprets and enforces several federal anti-discrimination laws, including Title VII of the Civil Rights Act. At EEOC, Mr. Dunisha worked closely with the mediation unit and assisted mediators negotiate settlement agreements in EEOC mediations. After graduating, he clerked for various employment discrimination law firms, which further improved his skill set. 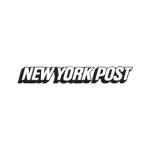